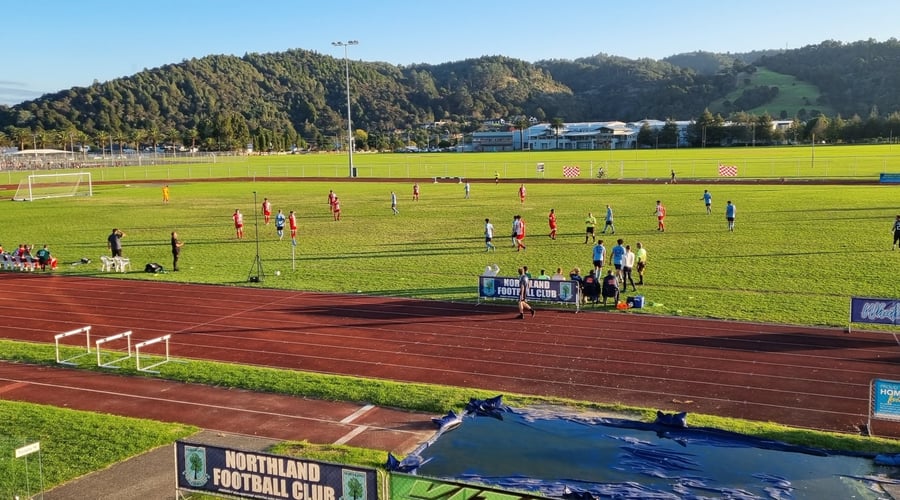 Check out our match day results from the past weekend!

The game started off fairly even  when Cambridge and Ngaruawahia went face to face but Cambridges one and only April Haines scored from a corner making the score 1-0. Following this in the second half Ngaruawahia scored a break away goal which made the score 1-1. On the 85th minute Rachel Hill from Cambridge scored a striking goal which made the score 2-1 to Cambridge. Overall both teams worked extremely hard and fought till the end! Was a great game to watch!

POTD: Aimee Archibald for her outstanding saves and for her fantastic performance on the pitch, awesome work Aimee!!

NEXT GAME: Beachlands Maraetai AWAY in the Kate Sheppard cup!

A hot day in the Coromandel with a few players under the weather, Thames was off to a good start netting one past our keeper, Annie then rolled her ankle to take us to no subs, however the ladies fought long and hard to keep out their attacks.

The 2nd half we came back with a great goal from Leydi, she scored another only to have it called a cheeky off side.... with the sun beating us down it gave the opposition the opportunity to score a hat trick. With a full time score of 4-1 to Thames... we will work on coming back with a win next round!

POTD: Gabby for her non stop work from the defense to the mid feild

NEXT GAME: Home to Unicol next week.

The boys travelling all the way to Whangarei with a point to prove. The game started at a quick pace with the boys trying to pin back Northland from playing out from the back and figure out their patterns of play. They were rewarded 30 mins in with the best passage of play seen this year through Josh Clarkin carving his way through Northlands defence and squaring it back for Glen who dispatched a well placed shot into the bottom corner leaving Northland stunned at what they had just seen. The boys went in at the half time break 1 nill up and with the confidence flowing and Theo controlling the middle of the park Northland threw the kitchen sink but the boys intensity and work rate paid off when Josh Clarkin neatly put away header to grab all 3 points with 20 mins to go. A massive performance and effort against a tough team flying high in the league. Next week onto the Chatham Cup.

NEXT GAME: Onehunga Mangere at home for Chatham Cup!

Northland U23 vs Cambridge NRFL U23s

Saturday saw the u23s make the long travel up north to Whangarei to take on Northland. Northland like Cambridge were unbeaten in the league so the boys knew it wasn’t going to be a easy task. Some tricky skill saw Colin Coster hacked out in the box inside the first two minutes and the ref pointed to the spot. Kyran Lockwood stepped up and missed his first attempt but slotted the rebound. 1-0 Cambridge. Northland then turned it up a level and drew level near enough straight after Cambridge had took lead. 3 goals followed just before half meaning Cambridge were behind for the first time this season at half time. Cambridge came back out with a different approach and threw everything at northland including the kitchen sink but unfortunately just couldn’t find the killer pass through a well organised northland team. Next week we have no game due to Chatham cup so will be down supporting the first team lads.

MOTM: went to Matt Kozak for his solid defensive display

NEXT GAME: will be on the 21st of May vs ngaruawahia at home

The quest for a much needed 3 points for The lads finally ended at a sunny Fergusson Park in Otumoetai. Despite Cambridge going in to the game with a relatively depleted squad, it didn’t stop the hunger to bring home the 3 points. An evenly contested first half saw good chances for Cambridge and a handful of long range attempts from the home side. Neither side were able to break the deadlock and went in to half time 0-0. Pumped up for the second half, Cambridge knew the game was there for the taking and it soon paid off. Some delightful link up play started with Peter Buesnel holding the ball up and laying it off to Tom Woutersen who threaded the ball through to winger Adam Brady advancing through to lob the oncoming goalkeeper. The second goal came in from the right side as Jordan Silvester whipped in a deadly cross which was met with a towering bullet header from Jason Szabo. Some tight defending to see off the game means Cambridge come home with a clean sheet and remain unbeaten.

Cambridge were out for blood against the team that beat them to the division 4 title last season. Cambridge started the day well creating opportunities and trying to build up long periods of possession in the West Ham half. The breakthrough came though Kai Funnell as he got the end of Patrick Espins long ball from the Cambridge box as he got a foot to it gliding the ball past the West Ham keeper who came charging out. The second goal came from a brilliant penalty taken by Captain Tom Gifford who fired the ball home in the bottom left hand corner.

MOTM: goalkeeper Patrick Espin as he tallied up 1 assist and Two out standing Penalty saves as Cambridge gave away Two penalties within 1 minute. That gave Cambridge the energy to hold on to the 2-0 win

NEXT GAME: we are at home to face Northern United.

Cambridge 35s season started properly this week finally getting a game on some grass, scoring with their first attack through Marcelo Stiaque and adding a 2nd a few minutes later via Hormazabal, the Statesmen not wanting to feel left out stuck one in their own net for a 3 nil half time scoreline. An inspirational HT team talk had the Cambridge 35s fired up and onto the pitch with the words of coach Clarke ringing in their ears, he demanded a goal every ten minutes and the score was not 4.5 – 0  - much to fix for the 2nd half. Anyway back to the game Pablo Hormazabal took the coach’s words quite literally bagging a 2nd half hattrick to go with his strike in the first half. Miguel Peterle bagged a brace along with goals from Andy Taylor, Darren Johnson and probably a few others, it was hard to keep up. A stunning display of finishing in the 2nd half – matched superbly by GK Paul Macann who managed to smoke his way through 10 fags and a save from a 30 yarder.