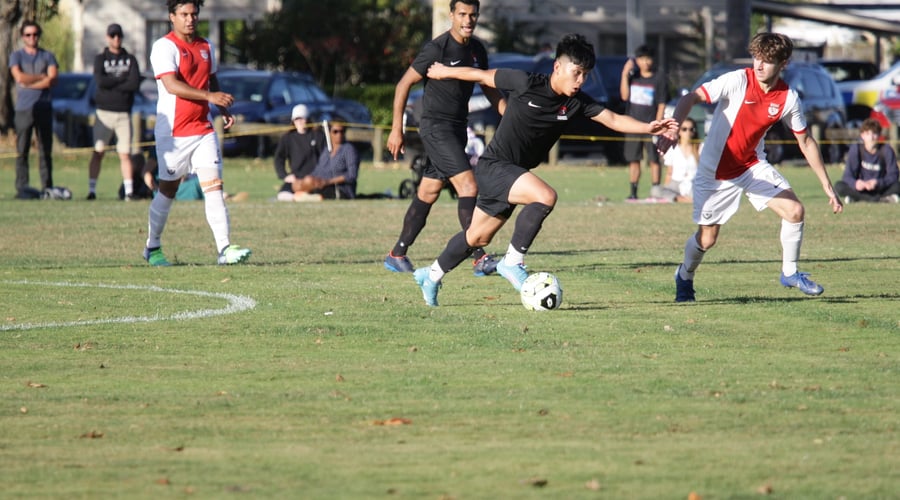 The derby was always going to be hard and the boys bought a lot of grit & passion to the game last weekend. Coming off a loss the previous week was always going to be challenging both mentally & physcially but we were proud of their efforts and abilities to rise to the occasion. Both teams went off to a roaring start with Claudelands scoring first and our Anton scoring only 7 minutes later. The second half was filled with more action, drive & determination by both teams in order to take out the local derby. With a slip up in the goal mouth, the Cambridge men stumbled and missed the ball causing Claudelands to take a scrappy goal at the Reds expense. A hard fought battle till the full 90 minute call. We will keep our heads up & push on to the next round.

Saturday saw the young Cambridge team travelled down the road to Galloway park to take on Claudelands Rovers.

The game started off with Cambridge very much on the front foot testing the keeper but same as round one no real conviction. Claudelands then took the lead after a routine back pass caused young Nate Camplin to be played under pressure and the clearance hit the pressing centre forward which passed the ball into a empty net. 1-0 claudelands.

The back four of Kyle Stead, Jack Dixon, Matt Kozak and debutant Crisrick Landar stood firm to anything claudelands threw their way.

Just before half time centre forward Colin Coster reacted quickest to a loose ball and hit the back of the net to see the teams go into the break at half time.

The second half was very much the same as the first.

The last 15 minutes saw a flurry of Cambridge attacks but they all came to no avail.

Both teams sharing the points and Cambridge still searching for their first win of the season.

For the second week running Cambridge were made to pay for squandering golden opportunities to put this game to bed. Mason Woodall bagged a goal on his return to the reds line up and Cambridge went in to the half time break 1-0 up, dominating the majority of the half. The second half was very much the same with Cambridge peppering the home side’s goalie but ultimately couldn’t find the back of the net. Matamata found a way through in the dying seconds of added time to deny Cambridge their second win of the season. Despite that, Cambridge remain unbeaten and an early season top of the table clash awaits next weekend against Taupo.