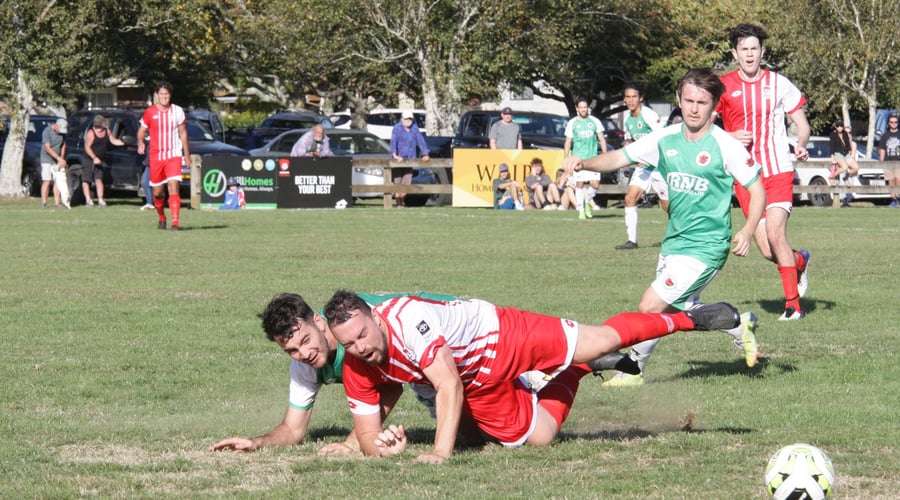 Match Summaries from the long weekend!

Tough game and result to start the season. Hibiscus flew out the traps early taking a quick 2 nill lead. It took the boys a good 20 mins to find their way into the game where we were then rewarded with the opportunity back into it with a penalty which Josh Clarkin dispatched with confidence. However Hibiscus with their doggedly approach made it hard for our lads to find their rhythm in the middle of park and we conceded soon again just before half time. Fraser was taken off at half time with a nasty clash which left him dazed and with a big cut above his eye and Nate Camplin was introduced. The boys started bright but again were hit with silly goals from set pieces and being caught on the break. Hibiscus coast taking a much deserved victory here. The boys look to erase this memory quick and hit back next week in the big derby game.

NEXT GAME: Claudelands Rovers (AWAY) at Galloway Park.

Curtain raiser for the Cambridge first team saw a new look u23s take to the field against hibiscus coast in the sunshine at John Kerkoff Park Early chances fell to strikers Colin Coster, David Smith and Noah Skipps but none could covert their chances into goals. A lucky flick created a breakaway for the Auckland side which saw them beat young Nate Camplin at his near post to take the lead 1-0 Cambridge threw everything forward knowing they had to score before half time. A lofted header from Sam Reidy looped over the goalkeeper and into the back to bring the scores back level. Second half was more of the same Cambridge dominating a large spell of the second half and creating a load of chances but just couldn’t hit the old onion bag. Hibiscus coasts Goalkeeper made some vital saves which saw the them take a point back to Auckland.

Player of the day went to Jack Dixon who was a solid unit throughout the game With strong performances from Kyle Stead and Matty Jordan.

Cambridge knew heading in to the game that it wasn’t going to be easy against Te Puke who always put up a good on field battle. The reds were made to pay for squandering opportunities and Te Puke took a first half lead in to the break after a free kick was whipped in to the box and flick on over the head of the approaching goalkeeper. In the second half, Ryan Ashby cooly slotted the ball home from the penalty spot to make it 1-1. Despite Cambridge having large spells of dominating the game, Te Puke defended well throughout and earned a point on their travels. Cambridge’s unbeaten start to the season continues…