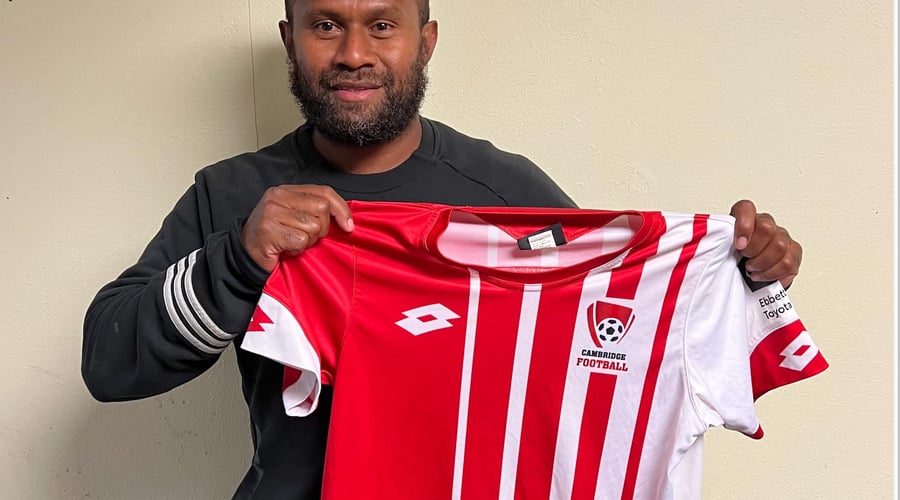 Michael Fifi’i has played for a number of reputable teams both within New Zealand and internationally. He was a part of the Miramar Rangers team from 2011-2016, and a part of the team when they won the central league in 2013. He has also played for the Solomon Islands national team, in many international competitions.

We asked Michael why he decided Cambridge Football Club was the right club for him as well as what he was most excited about for the upcoming season & he explained, “the club has good history. I enjoy the team environment and the people at the club are very nice. I am excited to play alongside some young & upcoming stars and to represent the club & community.”

Michael will be playing as either a central attacking midfield or central defensive midfield player for our Lotto NRFL First team this season.

We are excited to welcome you to our team at Cambridge Football Club & look forward to the season ahead!